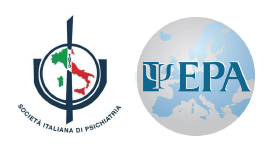 Working together to prevent suicide

10 October 2019 – On the occasion of today’s World Mental Health Day, in addition to the key messages delivered on 10 September, the European Psychiatric Association (EPA) and its National Psychiatric Associations (NPAs) join the WHO “40 seconds of action” campaign to increase awareness of the tremendous impact of suicide as a global public health problem and let people know what can be done to prevent suicide.

Hot Topics from around Europe

9 months ago, a collaborative quality programme, the Reducing Restrictive Practice programme (RRP) was developed and implemented in 38 mental health wards across England as part of a wider `Mental Health Safety Improvement Programme’ an initiative stemming from the National Health Services Improvement Plan. By September 2019 and in only nine months, just midway through the RRP, over half of the participating wards had seen a dramatic reduction in their use of physical restraint, seclusion and rapid tranquilisation. 21 of the 38 wards had seen a drop, with some wards achieving reductions as big as 88%.

Registration for the 28th European Congress of Psychiatry is now open on the Congress website.

Join us in Madrid, Spain, from 28 to 31 March 2020, and be a part of the future discussion and educational forums on a range of topics in the field of psychiatry, psychology, social work, and clinical trials!

Register to attend the EPA Congress before 21 January 2020 to take advantage of the most affordable way to attend the Congress with the early bird savings.

Closer Look to our Partner NPAs

The Polish Psychiatric Association (PPA) in collaboration with Brussel EPA Office, issued relevant requests to Jarosław Gowin, the Minister of Science and Higher Education, and Jerzy Kwiecinski, the Minister for Investment, Economic Development and Finance, in response to which the Deputy Secretary of State Sebastian Skuza officially confirmed putting the “Brain Health” partnership among Poland’s priorities.

Mental Health and Family. How to prevent Suicide?

World Mental Health Day observed in Moldova on October 10th. WMHF, WHO, EPA and many other organisations supported the theme “Suicide Prevention” and organised activities for 2019 World Mental Health Day. On this occasion Society of Psychiatrists, Narcologists, Psychotherapists and Clinical Psychologists from Moldova in collaboration with Family Federation for World Peace and Unification from Moldova organized a forum, under the topic of “Mental health and family: how to prevent suicide?”

World Mental Health Day 2019, celebrated  under the slogan “Mental health promotion and prevention of suicide” on October 10, received numerous media coverage and became the focus of educational events at national and local level all across Poland. On that day, the Polish Psychiatric Association got involved in various activities in support of raising social awareness, requesting the organizers thereof and the media alike to spread the word about all undertaken actions. The members of the PPA featured in television shows and radio broadcasts. Numerous local initiatives were implemented via social campaigns organized, among others, in Warsaw, Krakow, Otwock, and Kołobrzeg. The celebrations were also actively  joined by universities, while numerous other institutions posted information on their websites.

News from the Council

News and Reports from NPAs events

Dr. Matthias Kirschner was awarded the Luc-Ciompi Prize of the Swiss Society of Psychiatry and Psychotherapy (SGPP) for his work on the use of MRI for the early detection of schizophrenia. The recognition prize goes to the linguist Helena Rohen for her work “Conversations with schizophrenics and the attempt to bridge their coherence gaps”.

Further information on the work of Luc Ciompi can be found on his homepage.

Swiss Society of Psychiatry and Psychotherapy

The Annual Symposium of Psychiatry in Bosnia and Herzegovina

The Psychiatric Association of Bosnia-Herzegovina (PABH) has been organized XVII Psychiatric Days of Bosnia and Herzegovina as its traditional international annual meeting. The Symposium was held in period 25th-26th October 2019 under the main theme “Treatments in Psychiatry: Actualities and Dilemmas” in City of Tuzla. Numerous participants and guests (more than 180) from the whole country and 5 more European countries (Austria, Germany, The Nederlands, Croatia and Serbia) were included in broad Scientific Programme, which included 27 Invited Lectures, 15 oral and 20 poster presentations, as well as several Satellite Symposia.

We are proud to announce, that the 46th Congress of Polish Psychiatrists will be attended by Professor Philip Gorwood, President of the European Psychiatric Association, who kindly accepted our invitation to Szczecin. Joining us for one of the sessions will also be past EPA Presidents – Professor Danuta Wasserman, Professor Wolfgang Gaebel and Professor Silvana Galderisi.

During this Session at the Opening Ceremony they will receive honorable membership of Polish Psychiatric Association as it was voted at the last PTP General Assembly on the 24th September 2019.